Facebook's Attack on the First Amendment and Their Political Agenda.

I have proof Facebook is targeting certain people and pushing a political agenda with their censorship. I posted a photo of Dick Chaney as a dickhead and was promptly given a 30 day block within seconds of reposting an image I originally got from Facebook and had been shown on Facebook hundreds of times. The excuse was it is sexually explicit, a lie. 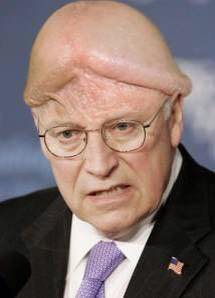 This is the second frivolous 30 day block from posting in 2 months. As an artist, writer and publisher who does business on Facebook this has a devastating effect on my business. 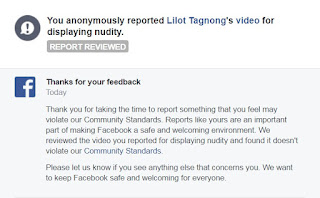 Their option to report a block as being in error is a joke and they NEVER respond to a wrong block and never remove them or respond in any way. There is no way to actually contact FB to challenge a wrongful block and no-one ever responds in any way to their forms.

I also had an incident yesterday where I was prevented from going to a website that had the letter Michael Moore wrote to the electoral college. Twice Facebook refused to allow me to click through claiming the site was malicious. The third time I tried the facebook post with the link disappeared. Rather than censoring false news Facebooks is censoring out political satire and real news that doesn't meet their political agenda.

This leads me to believe two things, First facebook has a political agenda and is targeting people critical of Republicans and their agenda, and second they are using a double standard by which to judge content. Yet they would presume to be the safeguard of truth.  This is the vilest form of censorship and a direct attack on the first amendment. Once they destroy the first amendment the 2nd is right behind.

Here's yet another example of facebook's selective censorship.  This is not in violation of community guidelines yet if I posted the very same thing I would get yet another 30 day ban. Part of the problem is that the people who check these things are in some room in India or Pakistan and don't have English as a first language and the treatment of any given report is left to the discretion of whoever sees a report at any given time.  This abusive hater calling people cunt's and telling them to drink bleach seems to be sanctioned behavior. 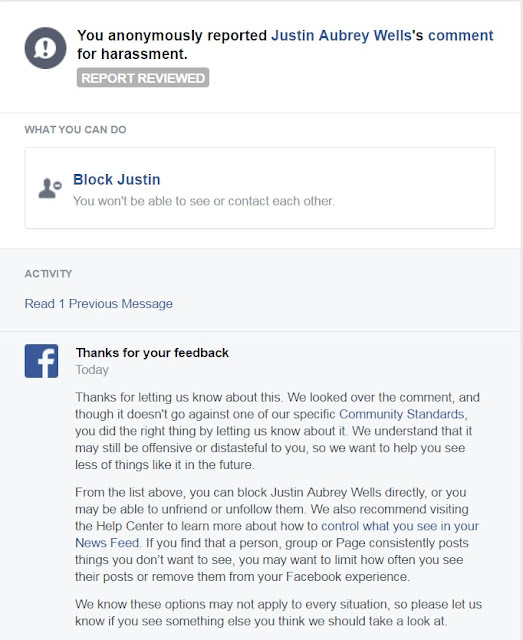 Clearly Facebook and Twitter sanction the abusive haters for one reason, the preponderance of numbers.
The mentally ill with OCD are their greatest source of traffic and they greatly enhance the numbers they can show stockholders.
Facebook in particular is desperate to hide the fact that of the over the 1 billion member accounts they claim the vast majority are dead or abandoned accounts.  The numbers would look far different if it weren't for the rabid haters who obsessively make dozens if not hundreds of posts a day.
So basically facebook allows the sociopaths to abuse you so they can make money.

Read my stories on Wattpad